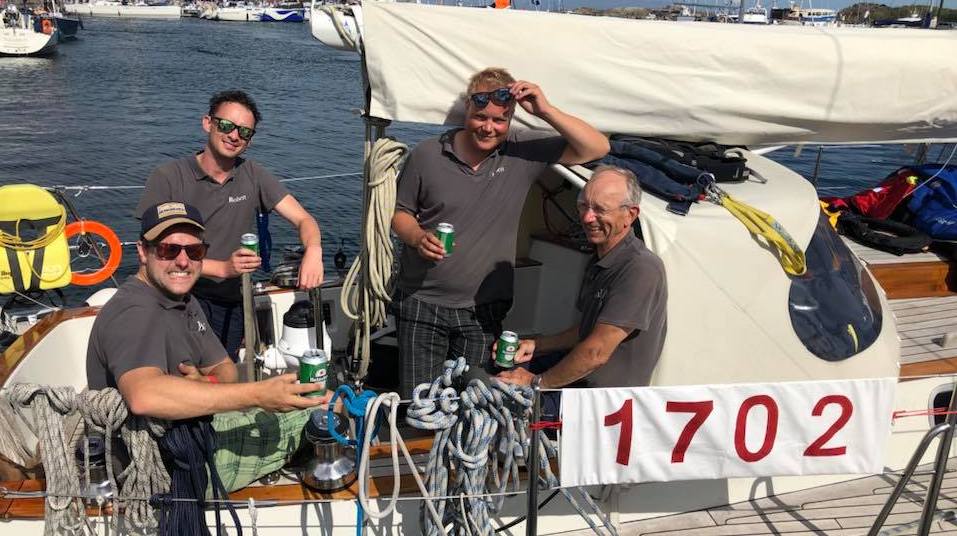 The Hutting 40 Brandaen placed fourth during the Colin Archer Memorial Race 2018. Unfortunately, there wasn’t much wind during the first part of the race causing the Brandaen and its crew to lag behind.

Once the wind came up again they could speed up and arrived at the harbor placing fourth in their class.

The Hutting 40 Brandaen and the well-trained team of Paul Peeters with his son Bas Peeters and friends Jeroen van de Belt and Robbert Kelder placed  2nd prize in their class in 2014.

Sailors who complete the CAMR 5 times are crowned with the ‘veterans guild’ which the captain ‘ Paul Peeters’ hopes to achieve: „It is a beautiful race and it includes a lot of strategies because it includes several days. My wife waits for us in Larvik where after the party the guys leave the boat and we continue sailing around Norway. A perfect combination and therefore I would definitely recommend the CAMR.“

The CAMR has been held since 1982 and is the largest sea-sailing race in the Netherlands. In 2 to 5 days, 400 miles must be sailed starting from Lauwersoog finishing at Larvik where the beer is kept cold and the BBQ is ready to welcome the sailors. The next race will be held in 2020, read more about it here.